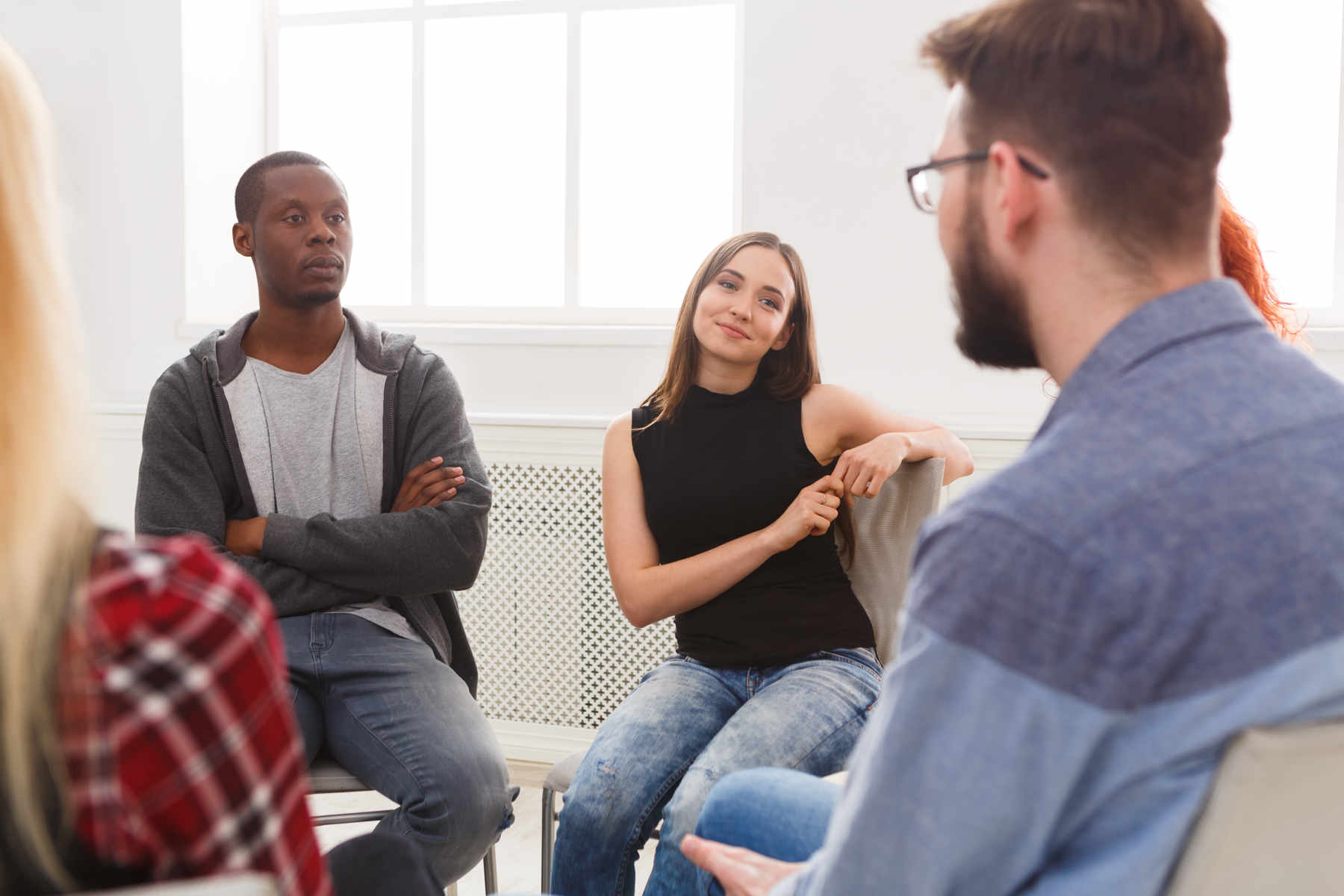 Ice is one of the most devastating and common drugs available in Australia today. Statistics show that 6.3% of all Australians over the age of 14 have used methamphetamine (known variously as ice, crystal, meth, and speed), and around 1.4% of Australians are recent users (who have used in the last 12 months).

Ice use is more common in certain populations, including among young people, Aboriginal and Torres Strait Islander peoples, and LGBTIQ communities. While it is difficult to say whether ice use is on the increase, the fact is that ice use has damaging consequences and treatment is often necessary to help the addicted person to recover.

One of the more troubling effects of ice addiction is the occurrence of psychosis. While ice addiction does not always lead to psychosis, it can materialise in users in a range of ways.

This article is dedicated to exploring what ice psychosis is and how it can affect a person. We will also look at some treatment options and how a person experiencing ice psychosis can seek help.

Are you or a loved one experiencing the symptoms of ice addiction? The Hader Clinic is here to support you with genuine solutions for treatment and successful recovery.

When someone is suffering from ice psychosis they are going to display a number of symptoms. Some obvious, and some not so obvious. Psychosis is usually characterised by paranoia and hallucinations, and a person will exhibit behaviour such as:

A person who is a heavy ice user or who has a pre-existing mental health condition such as schizophrenia is more likely to experience ice-induced psychosis.

Research has shown that about one in three people who use ice will experience psychosis directly related to their use. Psychosis relates to a number of mental health symptoms which can often involve people losing touch with reality, and experiencing hallucinations which may be visual, auditory, sensory, or a combination.

Major triggers of ice psychosis include:

Ice psychosis can also manifest in users who have not used the drug frequently, and who demonstrate no previous signs of psychosis or mental health issues.

The exact trigger of ice psychosis is not confirmed, but it is confirmed that certain factors do not predict psychosis, that is, a person's age, gender, income, they way in which they use the drug (snorting/injecting/smoking) or employment status do not determine whether someone will experience psychosis.

By the time someone is displaying signs of ice addiction and unmanageability, or is presenting at treatment centres, you can be fairly sure that ice-induced psychosis has become part of their experience.

While their delusions might seem far-fetched to you, the paranoid delusions they are experiencing in the psychosis are very real for them. It's often impossible to distinguish visual and auditory hallucinations from reality.

A regular user of ice is going to find that it is difficult to get off the drug as their body is so dependent on it. Psychosis is just another element of the addiction treatment experience and while it can be very scary, confronting, and difficult, it is not impossible to overcome with the right treatment.

How does ice psychosis occur?

There are many theories as to why ice-induced psychosis occurs. Methamphetamine obviously has a devastating effect on brain chemistry but, beyond that, after filling the brain with copious amounts of chemicals and denying it sleep, it is believed that the brain loses the capacity to accurately translate information.

This paranoia and psychosis is self-propelled by ever increasing drug consumption and fuelled by the escalating level of fear created by these mistranslations and misperceptions of our surroundings.

An example of such an experience took place where a client faced multiple years in jail for a police pursuit through the eastern suburbs of Melbourne. During the pursuit, the client:

Even after coming out of psychosis it took weeks and weeks for this young man to truly accept that he wasn’t being abducted by aliens. Once he was able to accept it as a hallucination, it was possible to move forward with treatment.

Paranoid, sleep deprived, and strung out

Another client, after being on an ice binge for a week, was convinced that people in his neighbourhood had a contract out on him. Unfortunately, this man also had access to a handgun, which he armed himself with and proceeded to roam the streets of Port Melbourne seeking to find these people before they found him.

Confused and bewildered he slumped on the median strip and held the gun to his head, finger on the trigger. A friend of his appeared from the pub and, refusing directions by police, went and sat next to him and begged him for the weapon. Thankfully he handed the gun over, at which point the police arrested him.

Even in prison, detoxed, fully present and alert this man was was still experiencing audible delusions. Two years later, having been abstinent from all drugs he now has a young baby, a loving relationship, full time employment and spends his spare time mentoring newcomers in the recovery community.

These are some first hand reflections from a past patient at The Hader Clinic. The story is intense, so please read at your own discretion.

I was convinced that there were people attempting to kill me. I had been awake for days and was experiencing both visual and audible delusions. I was running down a suburban street attempting to evade attackers. Within a short period of time the fear became overwhelming and I was found by passers by in the foetal position rocking back and forward, unable to stand up and move on.

Another time I spent two days barricaded in a hotel room convinced the people from the room next door were in the ceiling of my room. They had burrowed their way through the roof and were taunting me; holding me hostage until they killed me for their pleasure. I vividly remember being so overcome with terror I was vomiting and dry reaching.

In another psychotic episode, I went to a friend’s house to hide. He took pity on me and put me to bed in his spare room. However, my delusions were so intense that he later found me on my knees, hands behind my head, face pressed against the wall because I thought there was someone with a gun pressed against the back of my head interrogating me.

What is frightening is that in the last few years of my ice consumption I was acutely aware that each time I binged I was possibly going to experience traumatic psychosis. But the extreme discomfort I felt sober and the allure of an extreme high made the fact that I would probably experience unpredictable trauma and horror an acceptable trade. Unfortunately the enjoyable highs got shorter each time I binged and the last year of my using I would only get four or five hours of clean high before my mind would disintegrate into psychotic paranoia, which could last for days.

The usual remedy of sleep to cure my psychosis also ceased to work. I would fall asleep psychotic and wake up hours later still in psychotic delusion. This cycle lasted for over a year until a friend showed me how to use heroin to settle my psychotic episodes.

However, being a drug addict who liked euphoric highs, I simply added heroin to the mix and became an ice and heroin addict. Like all pharmaceutical solutions, this heroin and ice mix worked for a short period of time but then simply allowed me to use more and more ice. After that not even heroin could block the psychotic episodes.

Moving on from ice psychosis

Often when we hear of tragic events involving the violent deaths of drug users or death caused my ice addicts, we make judgements of what type of people they must have been.

In fact, they are usually people exactly like us, people with families, dreams and ambitions. The only difference is that they suffer from ice addiction and have become victims to the horrific mental deterioration that it causes.

Ice does not discriminate; it can make an addict of anyone, no matter their age, education, background, and experience.

Many families interpret drug-induced psychosis as permanent mental illness or the rising up of an underlying mental illness and direct their loved one into the care of the mental health system.

This is incorrect. The Hader Clinic sees clients who have been in and out of acute care psychiatric hospitals for drug-induced psychosis. These patients have been held in care where they are sedated, stabilised and released back into society, only to use ice again.

And the cycle continues. In drug rehabilitation, ice addicts can be stabilised and have their addiction treated so that they don’t relapse into using and, in turn, not trigger psychotic episodes.

If you or your loved one is living with psychosis caused by ice, know that there is help available and that treatment, such as residential rehabilitation, including a 28 day detox and rehab program, can be effective when approached the right way.

Can a drug addict detox at home?

Detoxing from drugs at home can be affordable, but also dangerous. Contact us for a free 60-minute consultation to determine what is right for your situation.

Everything You Need To Know About Heroin Addiction

Learn about heroin addiction including why and how people get addicted, what’s involved with detox and rehab, and how to find help for getting clean.